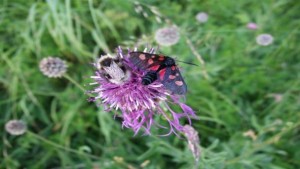 This is one of the area’s most important wildlife sites given its location at the very heart of Teesside. The wetland nature reserve attracts hundreds of birds each year and it provides a home to an exciting variety of mammals, amphibians, insects and wildflowers.

A network of surfaced footpaths allow visitors to explore reed beds from which views open out onto a series of shallow and deeper water pools.

During the winter months redshank and lapwing are present in good numbers; they feed on the river bank and take refuge on the marsh at high tide. Shoveler, pochard, tufted duck and teal frequent the pools, occasionally joined by goldeneye or scaup. Common snipe can number several hundred and kingfisher, grey wagtail and bullfinch are easy to spot, offering a touch of colour to brighten up the short, dull days.

In spring the reserve is visited by wheatear and whinchat. This is a reliable spot for grasshopper warbler and other common warblers including whitethroat, willow warbler, blackcap and sedge warbler. Sand martins are often the first of the summer migrants to arrive while common terns arrive in the second week of May and remain throughout the summer.

Summer is the quietest period for birds. Little grebe, coot, moorhen and lapwing all breed, as do mute swan and Canada goose. Little ringed plovers have bred in the past. Common terns resting on the main pool are sometimes joined by one or two Sandwich terns.

For a panoramic view of part of Portrack Marsh from Maze Park click on the picture below: 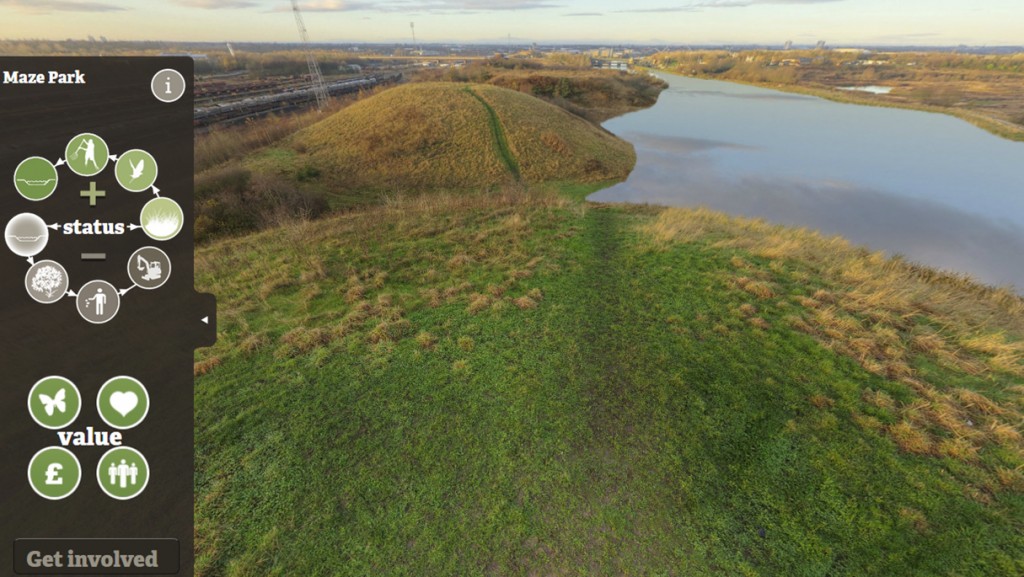 Wild flowers, butterflies and dragonflies provide the main interest of the summer months. Grey and common seals can be seen on the Tees, gorging themselves on salmon and sea trout, while otters have been spotted moving between the river and the reserve. Otter was first recorded on the marsh in 2004 having made a remarkable return to the Tees after being absent for some thirty years.

By late summer significant amounts of mud can be exposed and waders such as dunlin, black-tailed godwit, greenshank and ruff can be seen probing for food. Gadwall and wigeon are at their commonest during the autumn passage.

In winter it is good place to see large flocks of starlings swirling and turning in the sky before they come to settle and roost in the reeds.

Why not combine a visit with an exciting activity with the

It is remarkable that Portrack Marsh has survived, relatively undisturbed at the centre of urban Teesside. Maps from the end of the last century show the marshes covering some 25 hectares, with a loop of the River Tees twisting around its northern edge. Ships heading upriver to Stockton had to be dragged by horses around this loop – a process known as “racking”, hence the name “Port Rack”. In 1830, Mr Price organised the excavation of a new cut to take out this tortuous loop and make a significant saving in sailing time between the North Sea and Stockton’s quays.

This was the start of land reclamation for industrial, commercial and residential uses which reduced the scale and the ecological interest of the marshes reflecting a period of industrial and urban expansion which destroyed more than 90% of the wetland habitats of Teesmouth. This process began finally to turn in favour of wildlife at Portrack when Northumbrian Water Ltd created a series of new pools in 1992 in mitigation for a planned extension to their sewage treatment works. These new wetlands served to demonstrate the real ecological interest that the site could still generate, with the arrival of hundreds of water birds.

The Wildlife Trust had worked closely with Northumbrian Water on the creation and management of their landholdings at Portrack Marsh, but it was not until 1998 that the Trust was able to acquire a neighbouring plot of 11 hectares of land from British Steel. It was then able to embark on its own restoration programme by excavating a series of ponds and lakes complete with islands, a network of ditches plus visitor access and viewing facilities.

From the A66, follow signs for Tees Barrage, head straight over the roundabout and right into Whitewater Way. Follow the road to the Talpore. Portrack Marsh is a short walk from Stockton and Middlesbrough.