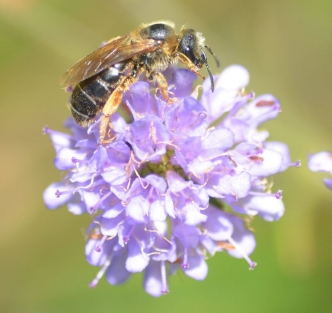 In 2018 the UK Expert Committee on Pesticides refused a similar application because of unacceptable environmental risks.* The Wildlife Trusts contend that no new evidence has been provided to support the Government’s decision and therefore the ban should stay.

Additionally, The Wildlife Trusts believe that the Environment Secretary has not proved that there is no alternative to using neonicotinoids; nor has he explained what action he is taking to ensure the emergency authorisation is not repeated indefinitely. The Wildlife Trusts are deeply concerned that the current derogation applies for three years and that further derogations could be allowed for a further block of three years.

“We are preparing to take legal action unless the Government can prove it acted lawfully.  The Government refused a request for emergency authorisation in 2018 and we want to know what’s changed. Where’s the new evidence that it’s ok to use this extremely harmful pesticide?

“Using neonicotinoids not only threatens bees but is also extremely harmful to aquatic wildlife because the majority of the pesticide leaches into soil and then into waterways. Worse still, farmers are being recommended to use weedkiller to kill wildflowers in and around sugar beet crops in a misguided attempt to prevent harm to bees in the surrounding area. This is a double blow for nature.

“Only 5% of this toxic neonicotinoid goes where it is wanted in the crop; most ends up in the soil where it can be absorbed by the roots of wildflowers, and also ends up in our rivers, potentially affecting other insects and wildlife.

“This comes at a time when the Government has yet again delayed the vitally important Environment Bill, and which once more highlights the gap between the rhetoric and reality of the Government’s commitment to restoring nature and tacking the twin nature and climate crises.

“Over 56,000 people have signed The Wildlife Trusts’ petition in the last few days to ask the Prime Minister to overturn the neonics decision, and 40,000 people have emailed their MP. Every single MP has been emailed by a constituent on this matter.”

Sugar beet farmers who will be allowed to use seeds dressed with the pesticide will be preparing for this year’s crop shortly, The Wildlife Trusts are seeking a response from George Eustice as a matter of urgency.