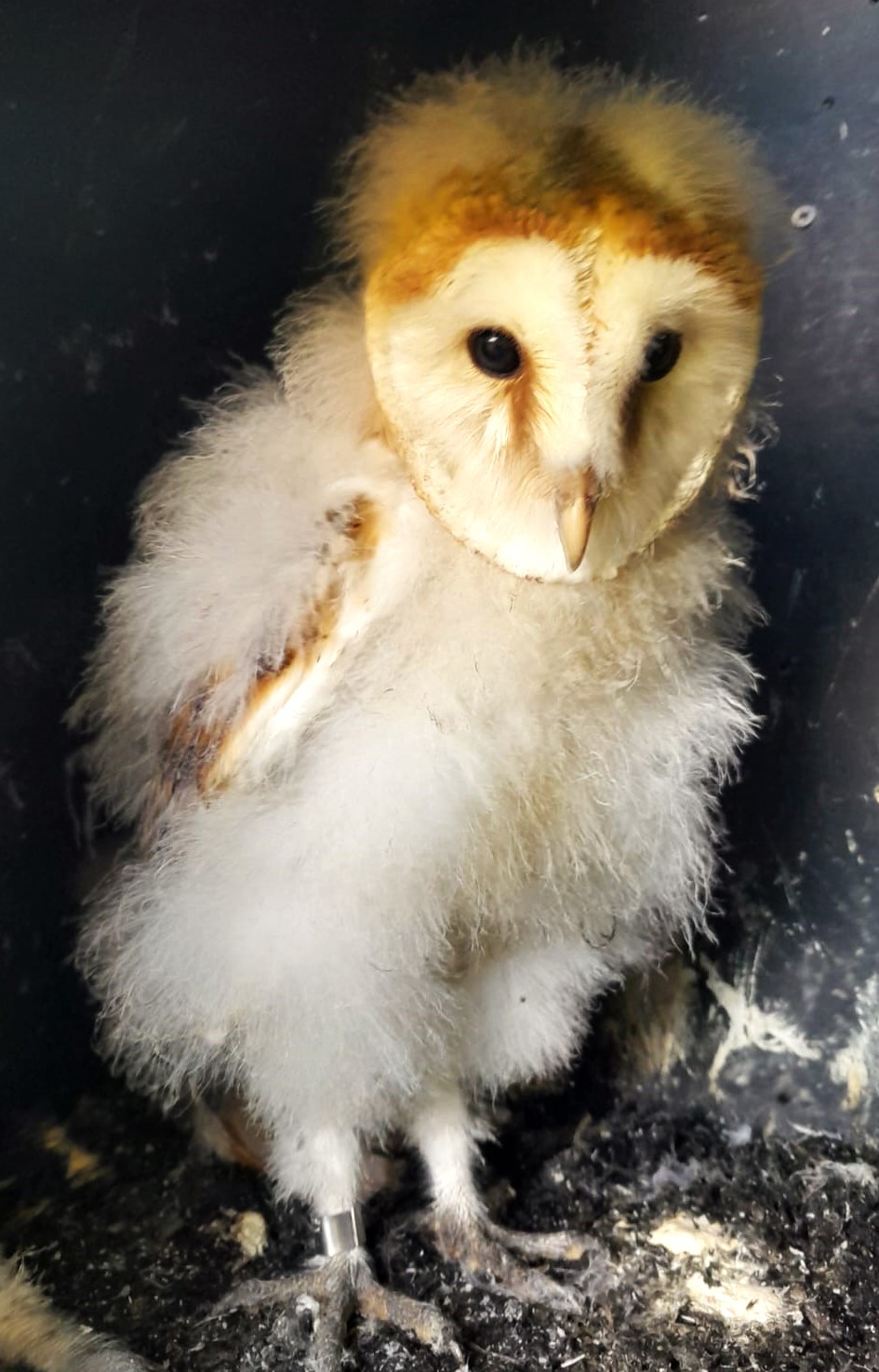 The results are in and 2022 has been a fantastic year for the barn owls of East Cleveland. The Tees Valley Wildlife Trust has released the results from its long-term barn owl monitoring project supported by many landowners.

What a difference the weather makes. Compared to the previous season, the 2021 winter was mild. Barn owls fared well over the winter and by early Spring were already in breeding condition.  Licensed box monitors from the Tees Ringing Group were almost caught on the back foot as owls started breeding a good two weeks ahead of previous years.  Fifty-three boxes had breeding pairs of barn owls.  Five of these pairs had failed breeding attempts.  Eggs had been deserted or not hatched, and in some cases, chicks died in the boxes.  However, it is a significant improvement in breeding success from 2021 when fifteen of the breeding attempts from thirty-nine pairs of owls failed.  Four pairs of owls attempted second broods. Two of these were successful.

The first clutch of eggs was found at the end of March.  Generally clutch sizes were good being five or six eggs. For the first time clutch sizes of eight eggs were recorded, two sets of these parents went on to raise seven chicks! There were approximately two hundred and seventy eggs in 2022 compared to approximately a hundred and seventy in 2021.   Where owls have been raised, the average brood size, based on birds ringed, rose from two in 2021 to three point two, an increase of one hundred and sixty percent.  This year one hundred and seventy-one birds were ringed compared to only fifty-four in 2021 and eighty-three in 2020.  Evidence from barn owl monitoring in the wider Tees Valley and parts of North Yorkshire indicates that other owl populations have also bred more successfully in 2022 with four hundred and seventy five chicks ringed.

At least seventeen other boxes had barn owls using the box but not for breeding, possibly for winter roosting or where an individual bird was in the area without a mate.  Thirty-one boxes were occupied by other species for breeding.  Most disappointing is the use of barn owl nest boxes by jackdaws. Other species included kestrels, stock doves, tawny owls and grey squirrels.

The recovery of ringed birds helps scientists better understand barn owl dispersal.  In 2022 information from a small number of ringed birds indicated that most east Cleveland birds had moved less than 5km from their nest site.  The Trust is asking anyone who might find a dead barn owl to please contact them.

This programme is entirely volunteer led. The Trust needs to raise over £3500 per annum to continue with the nest box programme and to cover costs of travel, owl rings, new boxes etc.  This year the Trust received a donation from ICL Boulby, who host two of the barn owl boxes, to support the work of our volunteers. It also received further funding from the Tees Valley Community Fund

In 2023 the Trust is offering the opportunity for people to gain a unique insight into barn owl breeding by sponsoring a barn owl box for £10.00. In return sponsors get an email update and photos each time their box is monitored.  Sponsors are given a box number but not the box location.  If you or your friends and family would like to sponsor a box, go to www.teeswildlife.org/barn-owl and use the donate button.