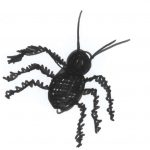 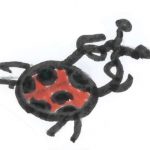 Invertebrates are creatures that don’t have a backbone!

3 examples of types of invertebrates that can be found are: insects, molluscs and arachnids. 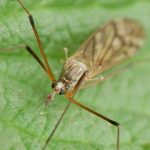 Ladybirds might be seen taking refuge on the leaves of nettles, which do not sting the lady birds making this a good place for them to hide from things that might eat them. Ladybirds are usually red with black spots but can come in other colours too such as black and yellow, this is to warn off any predators. There are as many as 46 species of ladybird in Britain, and the number of spots relates to the type of ladybird it is – not it’s age! 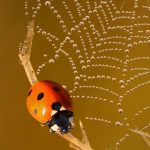 You can identify these by their oval or 5 sided shield shaped bodies. They feed on the sap of plants so might be found on some of the hedges and trees around the Dene. 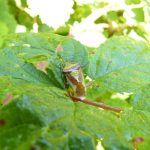 In June, you might see white froth on some of the grasses and plants in the Dene, this is produced by the babies of Froghopper insects. They do this so that they can be safe from predators while feeding on the plants, the froth is called “cuckoo spit”.  They can jump a great distance when threatened. Froghoppers can be seen in trees and long grasses from June to September. 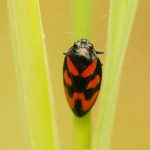 Molluscs have soft bodies and most have shells.

You find snails on trees and under logs they like to live in wet and cold places. They cover their bodies with a thin layer of mucus, which prevents them from drying out. While moving, snails they leave behind a trail of this mucus which acts as a powerful lubricant to reduce friction against the surface. They are both male and female. 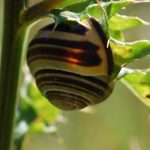 Snails and slugs are the most common molluscs. Slugs are almost the same as snails but don’t have a shell, they will also be found in similar places you will find snails. It is thought that the the leopard slug is widespread in the UK but there’s not many records of where it actually is.

Ways to know if you have found a leopard slug:

This group of creatures has eight legs. Spiders make up most of the arachnids in the world. Spiders have eight legs that make it easier to catch flies and other small animals, their legs can help them to move very quickly.

This spider is very common in the UK and can be found almost anywhere- and you will probably see one while you are at Hardwick Dene because they love gardens and woodland. They are brown with white spots in the shape of a cross on their back. These spiders feed on flying insects. 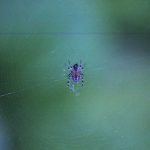 You might see this spider sunbathing in the nettles or it might be around the grassland areas. This spider is interesting because it doesn’t make a web to catch food- they chase flies and small insects to catch them. The female carries the egg sack in her fangs then she builds a silk sheet to act as a tent when the eggs are ready to hatch, she then protects them until they are ready to leave her. The Nursery Web Spider is quite a large spider that is brown in colour and has black stripes along the length of it’s body. 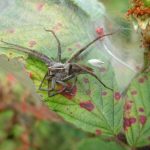