This works was started in about 1650 by the Conyers family of Boulby Manor but shut again in the early 1660s. It started again in the 1670s and operated until 1871. 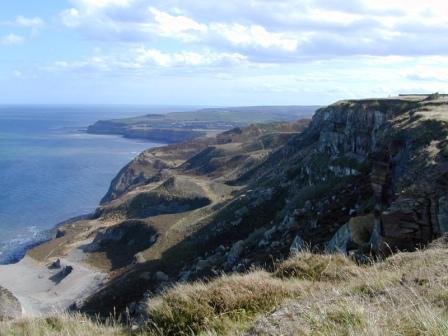 The works did very well in the 18th Century and in 1784 expanded westwards.

From the Cleveland Way you can see the wonderful expanse of quarry and the massive remains of some of the structures erected as part of the works. 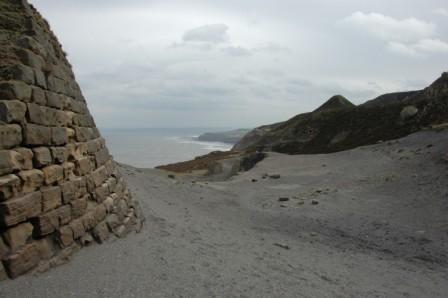 To bring in coal, urine and kelp and export alum, the Boulby Works had a dock cut into the rock at the base of the cliffs. Goods were lowered down a shaft to a tunnel that came out at the bottom of the cliffs. At the entrance were store rooms to hold goods,above high tide and to make loading and unloading the boats as quick as possible.

Both of these photos show the remains of the tunnels and show the rate at which the cliffs are eroding. 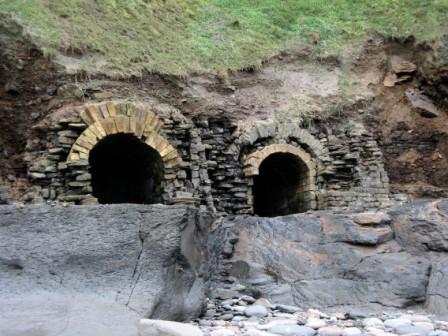 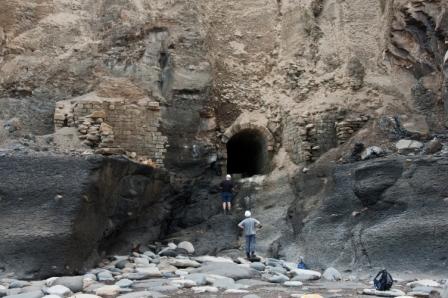 Cleveland Way Alum Sites Guide
Back to Places to Visit

Please note that this location map is for information purposes only and does not indicate that the site has public access. Always get landowner permission before entering any site.