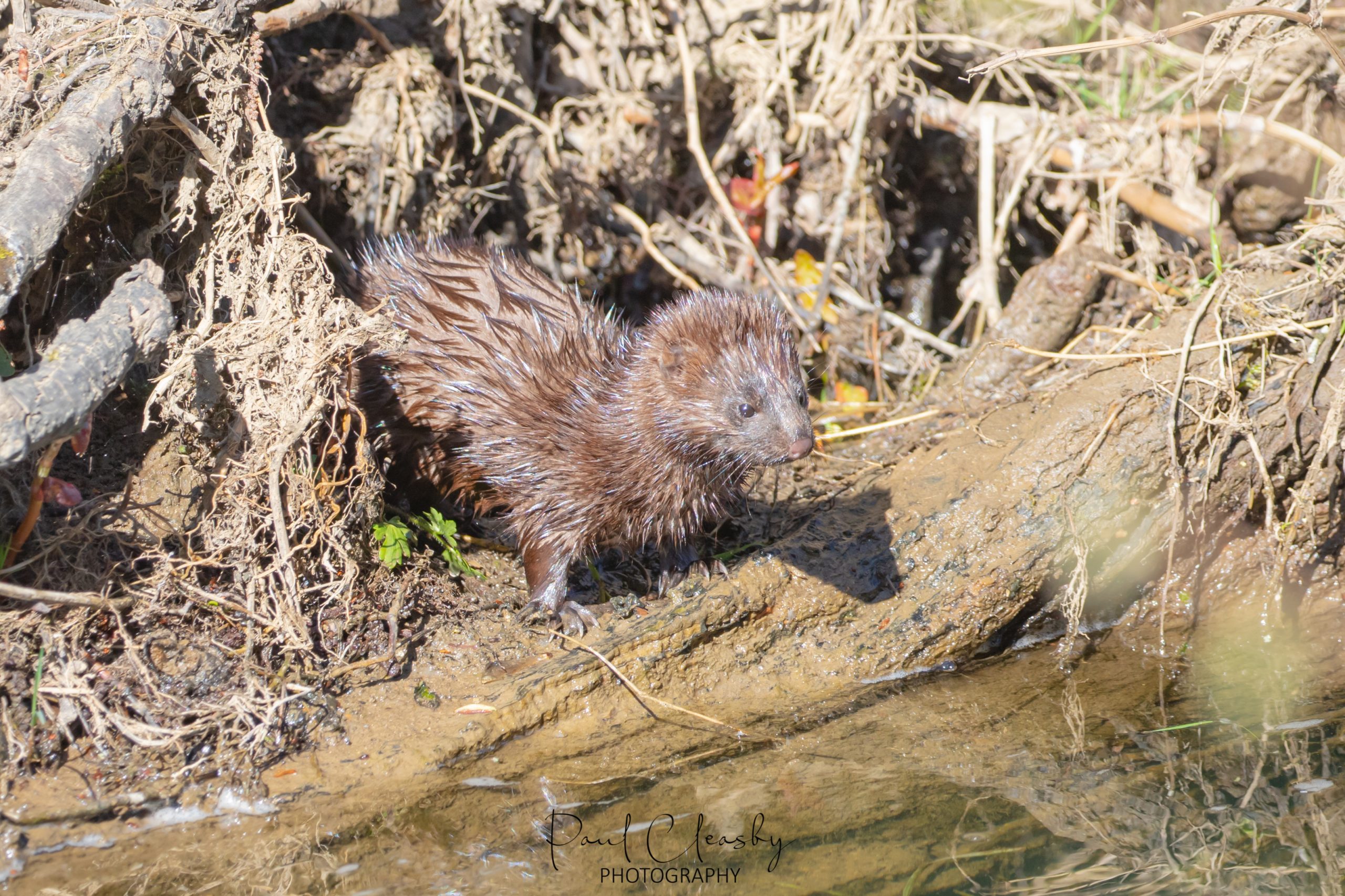 American mink are non-native species that pose a threat to water voles in our region. But what can we do to help restore ‘Ratty’ to North East waterways?

If you have ever found yourself thinking, “There really ought to be a week to raise awareness about invasive species”, you will be pleased to hear that this week, May 24-30 is in fact “Invasive Species Week 2021”.  If on the other hand the thought has never crossed your mind, allow me introduce you to the subject and focus on one invasive species in particular, the American mink Neovison vison.

Before we delve into what an American mink is, how it got here and the impact they are having on our ecosystems, it’s worth briefly explaining what an invasive species or more specifically an “invasive non-native” species is.  Essentially an invasive species has the ability to spread and cause damage to the environment, the economy, our health or the way we live. Non-native simply means the species was introduced by human actions, rather than arriving on our shores under its own steam.  How long a species has been here, has no bearing on its status as native or non-native, all that matters is how it got here.  Not all non-natives species should be viewed as ‘equally damaging’, only a minority have serious negative impacts on the environment and these are considered as invasive non natives.

One such invasive non native is the American mink, a semi aquatic mammal, typically with rich dark brown fur that can appear black when wet.  They will often have a small white patch on their chin or throat.   As a member of the Mustelidae family, they are relatives of stoats, weasels, polecats and otters to name a few.  At around the same size as a polecat or ferret, they are smaller than otters and possess a shorter fluffier tail.  Interestingly, the European mink Mustela lutreola, which was never found in the UK, is much more closely related to polecats than it is to its American cousin.

American mink were originally brought to the UK from North America in 1929 to be farmed for their fur, a practice which continued until 2000 when the Fur Farming (Prohibition) Act was introduced.  Inevitably this adaptable predator found its way into the wider landscape, through escapes and deliberate releases.  In 1956 they were confirmed to be breeding in the wild, barely a decade later they were widespread across much of England, Wales and lowland Scotland. Today American mink are almost ubiquitous in Great Britain.

Although found in saltwater habitats and an effective terrestrial predator spending time hunting away from water, they are especially associated with freshwater systems and will routinely follow watercourses, hunting the edge of lakes and streams.  Males will hold a territory of up to 6km along a waterway, with female territories typically 1-3km.

Like many invasive species, American mink are highly adaptable and are able to thrive in a range of environments, feeding on a wide variety of prey, from nesting birds to fish and of course small mammals.  Of particular concern to us, is their catastrophic impact on water vole Arvicola amphibious populations. Over millennia water voles have evolved effective defence strategies against their native predators.  Land based threats, such as foxes and stoats can be avoided by diving into the water and kicking up a cloud of silt to obscure their view. Those predators which can pursue them through the water, such as otters and pike are thwarted by escaping to the nearest underwater burrow.  Of course the voles don’t always evade capture but enough do for the population as a whole to continue to thrive.  Sadly, in the face of this new threat, the American mink, water voles have met their match.  Mink are adept at catching water voles on land, in the water but most critically, female and young mink are small enough to pursue them into their burrows, leaving the voles no effective means of escape.  A single female mink is capable of clearing an entire colony of water voles in a matter of a few months. In conjunction with habitat loss and degradation, predation by American mink is responsible for the more than 90% decline in water voles over the past century.

Elsewhere in mainland Europe, the European mink is fairing far less well than its American namesake. Once widespread across the Continent, although never reaching these shores, it now occupies less than 20% of its former range and is listed as Critically Endangered by the IUCN.  A victim of habitat loss and over hunting, the main threat it now faces is competition from invasive non-native American mink.  Parallels here can be drawn with the impact grey squirrel Sciurus carolinensis introductions have had on our native red squirrels Sciurus vulgaris.  Competition for resources and transmission of disease can be just as damaging as direct predation.

Hopefully by this point you will have an appreciation of what mink are and some of the harm they, as an invasive species, can cause.  You may also be asking what you can do to help?

Also keep an eye out for mink field signs such as footprints and droppings or ‘scats’.  Mink scat will often be found deposited in similar sites to otter spraint, such as prominent rocks, fallen trees and under bridges, but unlike the sweet musky smelling otter spraint, mink scat has a strong unpleasant odour.  Scats are generally sausage shaped, 6-8cm long, 10mm thick and twisted at the end, often containing fur and bones. Tracks can often be find in mud and silt, are 20-40mm wide x 25-40mm long and have five toes splayed around a central pad, although only 4 may toes may be visible.  If in doubt take a picture with an item like a coin for scale and send it in.

You could also become a water vole monitoring volunteer and help us keep track of where our water vole populations are, so we can most effectively protect them and their habitats and monitor their progress.

You can learn more about the Naturally Native Project at https://www.teeswildlife.org/what-we-do/current-projects/naturally-native/

Finally visit http://www.nonnativespecies.org/index.cfm?sectionid=132 to find out what’s on and how you can get involved.