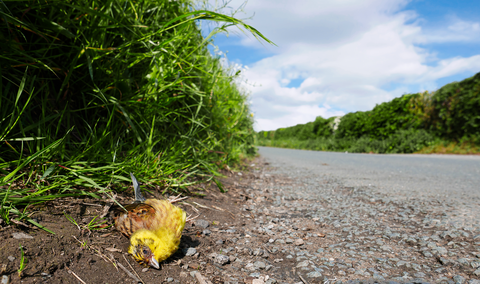 The Government has announced new payments for farmers which raise serious questions as to whether we’ll see any better environmental outcomes now than the era of the much-derided Common Agricultural Policy.

Our food security’s dependence on nature and a stable climate is in the spotlight at this week’s farm conferences, particularly in the light of today’s announcement by farming minister, Mark Spencer: Government to pay more to farmers who protect and enhance the environment. The timing is apt as 2022 has been declared the warmest year ever in the UK by the Met Office, and 2023 has begun with a record-breaking warm winter temperatures across Europe.

“Today’s Government announcement raises serious questions as to whether we’ll see any better environmental outcomes now than the era of the much-derided Common Agricultural Policy which caused nature to crash in the first place. What’s been revealed of the Environmental Land Management schemes shows desperately low ambition and represents a return to area-based payments by the back door.

“Farmers need much more support to adapt to climate change – they need stronger incentives to do the right thing – but today’s announcement will mean less money for meaningful action.

“If the Government had included handsome rewards for farmers to move away from pesticides through integrated pest management, for example, you’d have more businesses attracted to the schemes. But instead we’re seeing more money put into the least effective strand of the scheme that will deliver the smallest amount of public benefits – to the detriment of the most ambitious elements of ELM.

“We were promised a better system when we left the EU. Will we now see the same old damaging practices continue because there are no better offers on the table? Despite six years and four successive Governments saying that farmers will be generously rewarded for making a significant contribution to tackling the nature and climate crises, we are still in the dark on how much of this will be delivered.

“Defra is revealing one piece of a huge jigsaw puzzle at a time making it impossible for anyone to see the bigger picture and scuppering farmers’ chances of planning ahead, let alone encouraging them to buy into the schemes.”

The Wildlife Trusts want to see the nature and climate crises urgently addressed by:

Craig Bennett, chief executive of The Wildlife Trusts is attending the Oxford Real Farming Conference and will be speaking at an event, ‘Rewarding the Farming Champions: A future for Environmental Land Management’ on Friday 6th January in the Council Chamber.