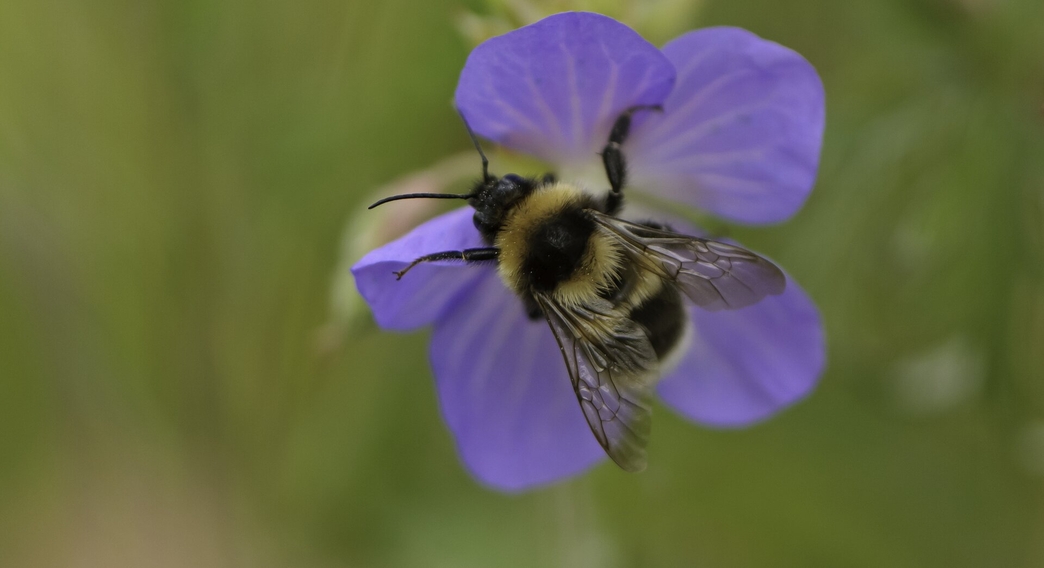 Today, 23 January 2023, the government has announced that for the third year in a row, it will permit the use of the banned pesticide thiamethoxam – a type of neonicotinoid – on sugar beet in England in 2023. A single teaspoon of neonicotinoid is enough to deliver a lethal dose to 1.25 billion bees. This comes just four days after the Court of Justice of the EU (CJEU) declared that providing emergency derogations for expressly prohibited neonicotinoid-treated seeds is not in line with EU law. [3]

This emergency authorisation comes a month after the UK government was advocating for a global pesticide reduction target at the UN COP15 biodiversity talks in Montreal. Despite a global pesticide target being significantly watered down in the final deal signed at COP15 [4], UK negotiators supported more robust action. It is disappointing that the same approach is not being taken when it comes to domestic pesticides.

Three neonicotinoids (NNs) including thiamethoxam were banned for outdoor agricultural use in the UK and the EU in 2018 due to their devastating impact on bees. [5] Despite UK guidance stating that emergency applications should not be granted more than once, last year the government handed the industry a second approval, ignoring the advice of its own expert body which cited potential impacts on adult honeybees, other pollinators and aquatic organisms as reasons that the application should be rejected.

This year the UK Expert Committee on Pesticides (ECP) once again advised against allowing thiamethoxam to be used and likewise were again ignored by the government. Despite significant public interest in the plight of bees and other pollinators, the process for emergency authorisation has been shrouded in secrecy, with no opportunity to scrutinise the application [6].

This authorisation is another example of the government failing to follow their warm words with meaningful action when it comes to pesticides and biodiversity. This latest move is completely at odds with the stronger pesticide reduction targets the UK advocated for at COP15, as well as the Leader’s Pledge for Nature it signed in 2020, which sought to raise global ambition on reversing biodiversity loss. It highlights the growing discrepancy between government words and action on pesticides in particular and broader environmental issues.

This latest authorisation also raises wider concerns over whether the government will maintain existing restrictions on neonicotinoids and other harmful pesticides, or whether they may be overturned as part of a forthcoming bonfire of regulations that protect nature, wildlife and communities as part of the Retained EU Law Bill [7].

The Pesticide Collaboration, a coalition of health, environmental, farming and consumer groups, academics and trade unions – including organisations such as Breast Cancer UK, Uniteand Friends of the Earth – says that the government’s decision to approve its use for the third consecutive year is a total failure of responsibility to protect vital species, and shows a lack of urgency in reducing pesticide use for the sake of human health and the environment.

Joan Edwards, director of policy & public affairs at The Wildlife Trusts, said: “Just last month, the Secretary of State Thérèse Coffey committed the UK to halving the environmental impact of damaging pesticides by 2030. However, today she has incompatibly authorised the use of a banned neonicotinoid, one of the world’s most environmentally damaging pesticides, defying the advice of the Government’s own Expert Committee on Pesticides for a third year in a row.

“Only a few days ago, the EU’s highest court ruled that EU countries should no longer be allowed temporary exemptions for banned, bee-toxic neonicotinoid pesticides, putting half of all such derogations to an end. Yet this Government deems it acceptable to allow the use of a toxic pesticide that is extremely harmful to bees and other insects, at a time when populations of our precious pollinators are already in freefall. This is unacceptable when the Government should be implementing fast, meaningful support to help farmers move away from a reliance on toxic pesticides.”

Amy Heley, Public Affairs and Media Officer at the Pesticide Collaboration said: “In previous years, Defra insisted that the sugar industry must make progress in finding alternatives, but we are yet to see any outcomes of this. The Pesticide Collaboration is deeply concerned that this emergency derogation is simply another example of the government failing to follow through on their own pledges to improve the environment and protect human health.”

Anabel Kindersley, Co-owner of Neal’s Yard Remedies said: “Many businesses beyond farming benefit from the UK’s track record of high standards on environmental protection, including manufacturers, brands and retailers with a British agricultural supply chain, as well as hospitality and tourism businesses based in the British countryside. It is challenging for businesses to maintain a reputation for quality, if they are linked to activity that is destroying nature. We believe that by acting against the advice of its own scientific advisors, the government is putting the UK’s well-deserved reputation at risk.”

Sandra Bell, campaigner at Friends of the Earth, said: “It’s incredibly brazen to allow a banned bee-harming pesticide back into UK fields mere weeks after the government talked up the need for global ambition on reducing pesticides at the UN biodiversity talks in Montreal.

“This is the third consecutive year that the government has gone directly against the advice of its own scientific advisors with potentially devastating consequences for bees and other vital pollinators.

“The health of us all and the planet depends on their survival. The government must fulfil its duty to protect wildlife and keep pesticides off our crops for good – that means supporting farmers to find nature-friendly ways to control pests.”

Information on the Pesticide Collaboration:

The Pesticide Collaboration brings together 83 health and environmental organisations, academics, trade unions, farming networks and consumer groups, working under a shared vision to urgently reduce pesticide-related harms in the UK, for a healthy future.

[1] We have spokespeople available to give interviews to the media.

[2] We have a range of experts at The Pesticide Collaboration who are on hand to explain the implications of this emergency approval and wider issues on pesticides. Please contact Amy Heley as above for more information.

[3] EU Court of Justice: no more derogations for the use of bee-toxic neonicotinoids | PAN Europe (pan-europe.info) and EU revokes emergency authorisation bee-toxic pesticides

[4] The full Kunming-Montreal Global Biodiversity Framework can be found here:  RECOMMENDATION ADOPTED BY THE WORKING GROUP ON THE POST-2020 GLOBAL BIODIVERSITY FRAMEWORK (cbd.int)

[6] In the last 2 years Friends of the Earth has had to use Environmental Information Regulations (EIR) to obtain documents relating to the emergency applications, but even then the government has been very slow to release information. Recently, Friends of the Earth had a complaint to the Information Commissioner’s Office (ICO) upheld, with the ICO finding that HSE repeatedly failed to comply with the statutory timeframes under the EIR, meaning that Friends of the Earth should have received requested information far sooner than it did, and that HSE also relied on exceptions against disclosure, which they should not have done.